Beasy is one of the  industry leaders in contaminated soil remediation. We pride ourselves in our ability to remove contaminated soils, especially friable asbestos soils across the Sydney metropolitan, suburban, and regional locations.

With out large fleet of trucks and plant machinery, we are capable of any type of work from small to large scale soil remediation projects.

With our team of competent, specialized, and experienced asbestos removal personnel, we always ensure that the job is done correctly and complying to relevant codes of practices and legislations.

Some exemplar past projects where we have conducted ASA Supervision/Friable Asbestos Supervision:

Beasy has multiple state of the art mobile decontamination units that we utilize on all our friable asbestos projects similar to the one below. 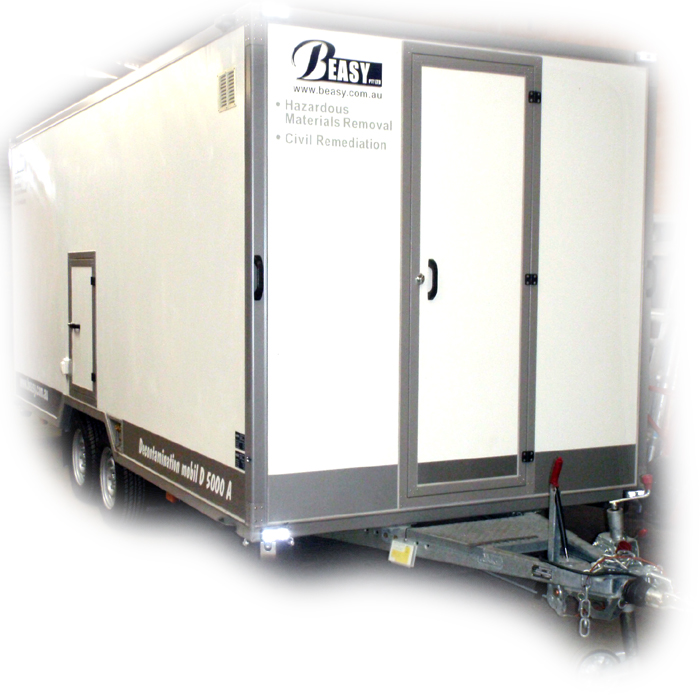 FOR ALL YOUR SITE PREPARATION NEEDS - make it easy, call Beasy